See also Part I and  Part III on cycling in Whistler and Vancouver. 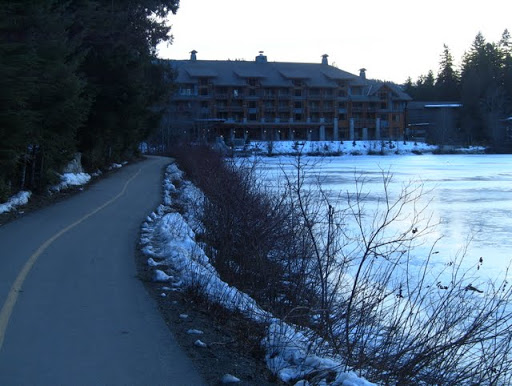 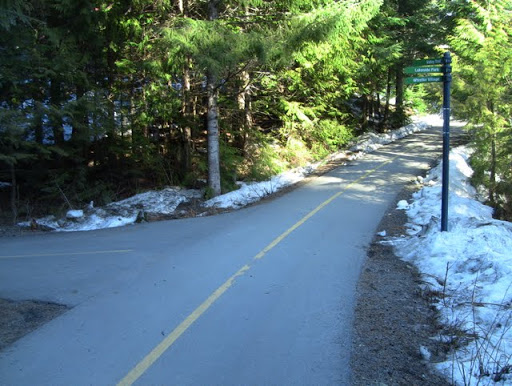 I found the trail I had heard about connecting Creekside to Whistler and it is fabulous. Today I pedaled from Creekside to Whistler without seeing a single moving car. The trail winds past the frozen Nita Lake and the beautiful Nita Lake Lodge (both seen here). And it is not just a single trail. It is an entire network of trails. What a fabulous resource in winter time for getting around. 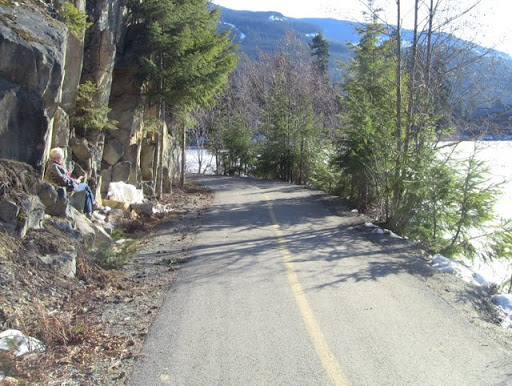 This trail is absolutely beautiful and peaceful. So peaceful, in fact, that even on a crisp shady afternoon the trail was full of cyclists, runners (some of them in Olympic team uniforms), dog walkers, even readers. You can see the woman sitting on the rock reading as she overlooks the frozen Nita Lake. What a beautiful site. She liked this photo so much she had me take one with her camera. 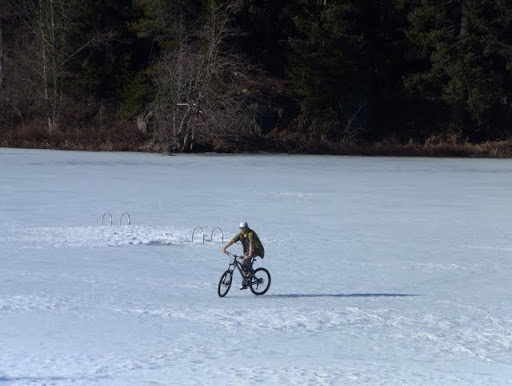 I found this guy actually riding on the lake. I was tempted to join him but decided against without more detailed knowledge of the lake's freezover patterns. 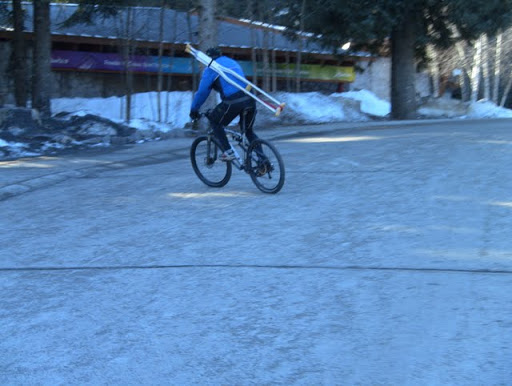 This radically changes my perception of the Whistler winter cycling experience. It is not a mixed bag at all. It is awesome. Perhaps the locals I talked to were not familiar with the awesome set of trails available for getting around Whistler with NO exposure to the noise and danger of fast moving cars. Perhaps normal winter weather produces too much snow to adequately plow these trails. Regardless, someone is plowing the trails successfully now and some locals obviously know these trails are here. I found this guy running a very telling errand in a ski town. 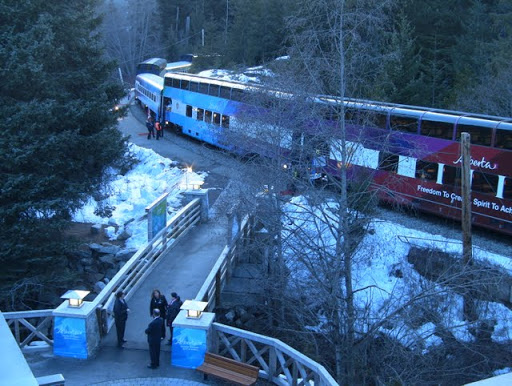 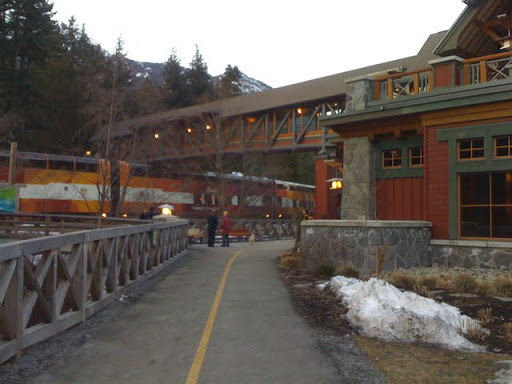 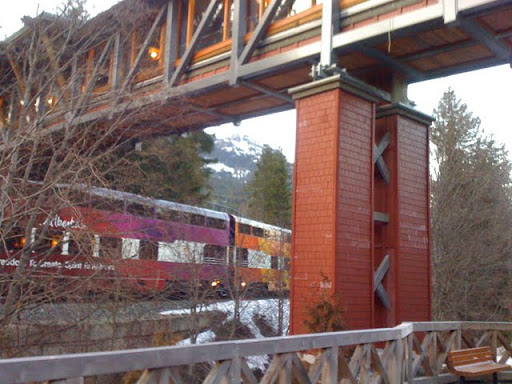 Pedaling back from Whistler along the newly found bike trail, I also found that there is indeed a train to Whistler: the Whistler Mountaineer. It even stops right behind the Nita Lake Lodge which is a short walk across the highway from the Creekside Gondola. What a dream of a commute to Whistler! Apparently, this only runs in summer for the general public but a chartered version of it just happened to be stopped behind the Nita Lake Lodge when I cycled past on the bike trail. Unbelievable that this was not a highly promoted option for getting to the 2010 Olympic Winter Games!

When I asked why this does not normally run during winter, I was told it was because demand was too low. They didn't have a large enough volume of riders to justify regular intervals up to the mountain. Consequently, the few trips that were made were very expensive. I immediately thought of one obvious source for a large volume of riders: the patrons of the 2010 Olympic Winter Games! Given these shots of the rail stations beauty and proximity to Whistler mountain, and all the aggravation reported from all those that had to drive to the Olympics, I find it hard to believe that people would not have chosen the train in droves. It is truly tragic that VANOC did not embrace this transportation option. 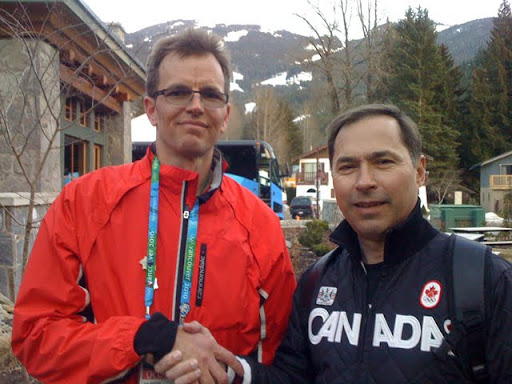 If the incredible convenience and beauty of this train stop were not attractive enough, how about this? As I pedaled away from the Nita Lake Lodge, who do I find on the bike trail but Steve Podborski (one of the greatest ski racers of all time, a member of the "crazy canucks", and currently a commentator for NBC Sports during the 2010 Olympic Winter Games). He was actually walking to get on the train. Apparently, the province of Alberta had chartered it for the games and he was one of their guests. So this option is available but to an exclusive few. Steve is certainly worthy of such a privilege but I still wish VANOC had pushed to extend it to many more and possibly sidestepped a lot of controversy of the highway upgrades. Oh well! All of this resulted in me bumping into one of my idols. For that I am incredibly grateful. As I rode off, he said "ride safe". I'll ride as safely as you ski, Steve :).
Posted by Unknown at 10:14 PM